I met him personally the first time, in October 1962. At that time, I was a theology student at the Gregorian University and lived in the Collegio Pio Brasiliano, Via Aurelia 527, not far from Domus Mariae, where the Brazilian bishops dwelled during the Vatican II Council.  Later, we worked together for a short time in the Board of Directors of Concilium. Küng was 34 years old. The 27th October 1962, he held to the Brazilian Episcopate, nearby 170 bishops, a conference about the scheme of Liturgy. Two days later he spoke about the Council and the Ecumenism. He made a deep impression because of his theological freshness, freedom of mind and speech, enthusiasm and hope in the Council’s work. I collect the impressions of Dom Helder Camara, auxiliary archbishop of Rio de Janeiro and general secretary of the CNBB (Conferência Nacional dos Bispos do Brasil), about Küng’s conferences and books. He registered them in the letters he wrote daily, during the Council, to his spiritual family in Rio de Janeiro.

I am grateful for what I learned from him and pray that as he was born on March 19, St. Joseph of Nazareth, the Husband of the Theotokos, gave him a very special, protecting hand in his passing to the Lord.

Friends in Concilium, Küng and Pannikar have been courageous prophets in inter-faith action for the sake of justice and peace. Will always remember them in how they interacted with all of us present at the Parliament-Assembly of World Religions in Montserrat, Barcelona (2004). Thank God for their lives.

I remember Küng from Concilium going back to the 1990’s or even before.  He was very energetic, a charismatic personality, definite in his viewpoints, not afraid to be a troublemaker, and not willing to phrase his theology in more “careful” or “diplomatic” terms, just to evade the ire of his adversaries, even those highly placed in the institutional church.  In fact, he relished the contest!  He brought religions together, taking initiatives and going even beyond Vatican II, Nostra Aetate, etc.  He was a man of courage and a prophet–he was a person to be respected.  All that said, many of his ideas are now “mainstream”–a testimony to his influence and to his being ahead of his time!

I had the privilege to be his student 1974-1977 in Tübingen when there was the hot debate about his book “Christ sein”. We students managed to have a seminar session with him and Walter Kasper, who, with his book “Jesus der Christus” was Küng’s antipode at the time. It was impressive to see that Kueng did never give up after his removal from a chair of catholic theology and founded the wonderful foundation “Weltethos”.

When I came to Tübingen in 1982, he already resided in the Ecumenical Institute. He was one major reason that I wanted to study theology, and that I went to Tübingen. He offered the only English-speaking seminar, or more of a conversation, every fortnight, and gosh was I intimidated when I just went there as an undergrad student who knew nothing, just followed her interest. Küng, however, liked it that way: the conversations were open to anybody. A memory of the atmosphere of theology in the early 1980s in Germany: I remember Küng clashing with Norbert Greinacher and some liberation theologians at Church Fair (Kirchentag) in the early 1980s. Compared to others, especially Johann Baptist Metz, I thought Küng was a much more conservative theologian, and he said so, proudly claiming that his dogmatics had the best arguments on its side. He cared so much about his church. Little did I know that at least the center of its power in Rome would not return the love he offered.  No feminist theology in Tübingen without the women theologians at Küng ‘s Ecumenical Institute. More advanced students would tell me when I was ready to give up on Catholic theology: go there, you’ll find some women there. As if they were hiding at Küng’s place. But maybe that was true in Germany: perhaps they were not hiding, but certainly they were hidden from theology. Not so in Küng’s Institute.  No theology and literature in Tübingen without the Ecumenical Institute (Küng and Walter Jens in conversation: a highlight of the University life for years). K.J. Kuschel took on the task of pursuing this field, although … we, the students of Dietmar Mieth (and German literature, of course), often clashed with the theological focus of the study of literature “there,” at Küng’s place. No dialogue among the religions in Tübingen without Küng and the Global Ethos Project, though always rather “from above” and rarely in communication with the discipline of ethics. What a deal for the city, however: Küng would call, the leaders of the world would respond. Among them one I will never forget: Kofi Annan.

I had the memory of the meetings with Alberigo and later, after 2007, with Pier Cesare Bori on the Una via. I am quite disturbed with the representation of prof. Küng as “the rebel”: he was part of a generation which was capable to deal with the difficult issues and brave enough to manage the asperity of new paths. We owe very much to him and we see the distance from the present generation.

Hans Küng was decisive at the beginning of my studies of theology with his book “The Church” and later with his other book “Being a Christian”. These books created a basis for supporting other discussions in Ecclesiology and Christology. In addition to its brilliant and journalistic language without losing content. I’m very grateful. 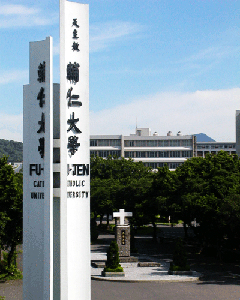