Esther Mombo is at St. Paul’s university in Limuru, Kenya, where she has served for fifteen years in senior management positions. Her research and teaching interests span the fields of Church History, with a focus on Mission History, Interfaith Relations, and Theology & Gender Studies with a focus on African women’s theology, and HIV and AIDS.
While connected to the University of St. Paul’s, University of Dublin and University of Edinburgh, she has directed and examined over twenty post graduate students in research, most of whom are serving the church in senior positions or teaching in theological institutions and private universities in different parts of the African continent. She has mentored over fifty women students now in church and religious organizations across East Africa, and has been an external examiner of several universities including Makumira University in Tanzania and Kwa Zulu Natal in South Africa.

In 2007 she was awarded an honorary doctorate by Virginia theological seminary for her work in bringing to the fore issues of gender disparity and gender justice in Church and society.

Professor Mombo has been a visiting professor to several universities including Texas Christian University, Yonseo University Seoul, South Korea, and Candler School of Theology, Emory University. Her recent publications include If you have no voice just sing: narratives of women in search of accessing Education and service in church and society.

Esther serves in several ecumenical committees including the Commission of Education and Ecumenical formation of the World Council of Churches, Advisor of Education for All Africa Conference of Churches. Dr. Mombo is a gender activist, working with religious groups on issues of Gender and patriarchy in as far as the later affects women’s full participation in church and society and has made footprints in her written work.

Sharon A. Bong is Associate Professor of Gender Studies at the School of Arts and Social Sciences (SASS), Monash University Malaysia which she has served since 2003 in various capacities which presently include the Gender Studies major coordinator, Internship coordinator, and formerly, the Deputy Head of School Education, Postgraduate Coordinator and Undergraduate Course Coordinator. Her multidisciplinary academic background stems from her shift from dead poets to living communities in moving away from literary studies to Women’s Studies and Religious Studies over two decades ago. This leap of faith was in part, precipitated by her involvement in women’s non-governmental organisations since the 1990s at international, regional and national levels that compelled her to seek a greater resonance between theoretical aspirations and practical needs, fuelled by an ethos of social justice and inclusivity, particularly gender justice.

Her research expertise in the intersection of genders, sexualities and religions (including feminist and queer theologies) has led to numerous invitations to publish, deliver keynote addresses, present conference papers, serve as consultant at international, regional and national contexts. Collaborations in Europe include invitations to present on: ‘Religious identity and gender’ at the Catholic Theological Faculty, University of Munster, Munster, Germany (June 2016); ‘Gender, sexuality and Christian feminist movements in Asia’ at the Intensive Summer Programme, University of Münster, Germany (September 2014); and ‘Freedom of religion and gender’ at the International Conference on ‘Freedom of religion: A human right claimed and instrumentalised’, organised by Missio (Aachen), the Franz-Hitze-Haus Academy and Institute for Christian Social Sciences, University of Münster (November 2014). She can be contacted at Sharon.bong@monash.edu.

Stan Chu Ilo is a research professor of World Christianity and African studies and the coordinator of the African Catholicism Project at the Center for World Catholicism and Intercultural Theology, DePaul University, Chicago, U.S.A. He is also the Alan Richardson Fellow for 2019/2020 at Durham University, U.K where he is working on a book project, God in Africa: Modernity, Christianity and Africa’s Futures. He is the principal convener of the Pan-African Catholic Congress on Theology, Society and Pastoral Life. The central concern of his research is on reform and renewal in the Roman Catholic Church, especially guided by the call of Pope Francis for a missionary conversion. He also researches on social issues with regard to poverty, development, ecology, human rights, leadership, governance and cultural and religious change as well as on best practices in faith-based social ministry.

Some of his recent works include: Love, Joy and Sex: African Conversation on Pope Francis’s Amoris Laetitia and the Gospel of Family in a Divided World; A Poor and Merciful Church: The Illuminative Ecclesiology of PopeFrancis; Church and Development in Africa; The Church as Salt and Light: Path to an African Ecclesiology of Abundant Life; Wealth, Health and Hope in African Christian Religion: The Search for Abundant Life. He is the 2017 winner of the AfroGlobal Excellence Award for Global Impact in recognition of his work with African women in seven countries through the Canadian Samaritans for Africa, a Catholic charity working with rural women in asset development and in the protection of women’s rights.
https://works.bepress.com/stanchuilo/ 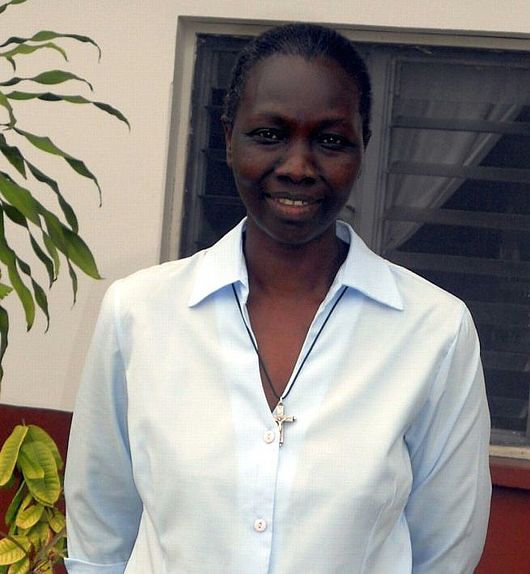