When men who rule and decide the fate of others—mainly vulnerable women and the occasional powerful man—invoke the name of the Father, we often lose sight of what lies at the heart of the abortion controversy. On 19 June 2021, the US Conference of Catholic Bishops (USCCB) voted to make globally visible their long-standing disapproval of prominent Catholics who are pro-choice, notably the current US president, Joe Biden. In voting to proceed with drafting new guidelines on communion, in effect, to deny communion to ‘politicians who “publicly and obstinately” support abortion [as] “apostates”’, a label used by Cardinal Raymond Burke,[1] the USCCB also makes visible their defiance of Pope Francis who has counter-advised this divisive move that would exacerbate rather than “de-emphasize culture war issues”.[2] The Pope’s pleas for the Catholic Church to “expand the scope of its mission to climate change, migration and poverty”[3] is precisely why to abort or not to abort is not the only question at stake.

At the heart of the abortion controversy lies the lived realities of too many girls and women who – burdened by climate change, migration and poverty – have become statistical figures in maternal morbidity and mortality because of unsafe abortions and the many more who are compelled to consider aborting their foetuses and who have chosen this path, repeatedly.[4] What is the cost of the church’s absolute and resolute stance on sexual and reproductive health and rights (SRHR) in light of interventions made by other interlocutors, especially faith-based stakeholders? To what extent can the church be challenged to further transform itself to becoming an arbiter of compassion and just love for girls and women?

Since the Holy See’s formal diplomacy as a ‘Non-member Permanent Observer to the United Nations’ (i.e. no voting rights) in 1964,[5] it has weighed in on key UN conventions, notably, the 1994 International Conference on Population and Development (ICPD) that, set within a feminist framework, cemented SRHR as a global discourse and practice.[6] The Holy See, often leading the pack of gender ideology-resistant (Islamic) member states, is touted as ‘conservative in position, dynamic in response’.[7] Through almost three decades of active participation at the UN, it has demonstrated a ‘capacity to reinterpret [its stance] in secular rhetoric, and to exploit the politics of UN language’.[8] Therein lies its dynamism; in deploying the human rights discourse to promote the ‘right to life’ of the unborn foetus – based on its ‘fundamental doctrinal caveat’ that life begins at conception – over the rights of the girl-child and woman, including ‘victims of rape in conflict’.[9] Its conservatism on SRHR issues, as these are interconnected, begins with its construct of ‘the family’ as a means to regulate human sexuality that ‘logically precludes the possibility of sex that is not consciously intended for procreation, and its consequences: extramarital sex, homosexual sex, adolescent sex, unwanted pregnancy, rape and HIV transmission’.[10]

To opine that these ‘consequences’ would technically not exist if procreative sex within the sanctity of marriage was upheld in every circumstance, dangerously borders on weaponising theology against the vulnerable[11]. The vast majority, chiefly women are denied accessible, affordable, and quality reproductive health services (including pre- and post-abortion counselling), adolescents further disempowered as they lack comprehensive sexuality education (that is age appropriate, inclusive and intersectional), non-heteronormative persons who are already subjected to state-sponsored gender-based discrimination and violence, and those who are HIV positive.

The church’s theology of the body that valorises gender complementarity – essentially, the subjugation of women by men – compounds its myopia of wilfully un-seeing the lived reality – borne by the faithful – of unwanted pregnancy as a consequence of marital rape. Unchecked excesses that begin with an exclusive heterosexualisation of the family reinstates structures of violence that are systemically pit against, in most instances, the girl-child and women who suffer sexual and gender-based violence (SGBV) in different and disproportionate ways, e.g. early or child marriage.[12] Gender-based oppression is compounded by the colour of one’s skin, the country of one’s birth, one’s religious and political affiliations, one’s class and caste, one’s sexual orientation, gender identity and expression and sex characteristics. Fundamental doctrinal caveats of the church have harmed rather than healed, particularly when gender ideology is opposed in its entirety because it challenges sexual difference that the church has naturalised, and by extension, the heterosexualisation of the family. Gender ideology is also maligned when it is blamed for misdirecting attention from the real causes of environmental degradation to evidence-led population growth and the resultant inequitable access to resources that disparately jeopardises human and food security within the North-South divide.[13]

When gender ideology is embraced rather than rejected, valued rather than dismissed by interlocutors (both state and non-state actors), inroads are made as these (secular) rights-based and faith-based approaches affirm human dignity, in particular, the dignity of the girl-child and women. Redressing ‘abortion stigma’ is to de-stigmatise abortion and this takes courage and faith for individuals ad collectives involved, as stigma is ‘produced and reproduced at various levels of the ecosystem and only a comprehensive approach – reframing harmful language, changing discriminatory policies and practices, and ensuring implementation of quality services – will result in the right to self-determination and abortion access for all’.[14] The consequences of gender ideology are to operate in the interstices of contingencies and contradictions as these are the messy lived realities of those who do opt for life-long celibacy. Such a standpoint enables us to move beyond a zero-sum worldview of pitting the right of the unborn against the rights of the girl-child and women. Insisting on a hierarchy of rights within this ‘culture war’ is not only counterproductive but also harmful. Such a rights-and-faith-based standpoint recognises that despite the real differences between those who identify as pro-choice or pro-life, many are likely to uphold another’s right to safe abortion.[15] Jamie L. Manson, President of Catholics for Choice asserts that, ‘Giving a woman a legal right to have control and agency over her body translates to other aspects of her life, namely her freedom to claim political, economic and social autonomy’.[16] Consonant with the church’s theology of the body, ‘The [US] bishops reject the notion that women are equal to men’, she adds, ‘So how could they possibly support any right that would lead women into that kind of power and liberty?’[17] And where the bishops’ disciplining of Joe Biden is concerned, the latter has said that, ‘the matter is private’ and that he is ‘not prepared to…impose a precise view that is borne out of my faith [believing that life begins at conception] on other people’.[18] ‘To choose in accord with conscience’ should not be a privilege reserved for powerful men and the ‘right judgment’ is, as the abortion controversy poignantly shows, not only informed by the dictates of ‘reason and the divine law’[19] but context, contradictions and contingencies.

To conclude, the church’s absolute and resolute stance on SRHR is costly, as indexed by the abortion controversy that throws into relief competing gender ideologies (of the church and feminists). Interventions made by other interlocutors, especially rights-and faith-based stakeholders, who affirm the dignity of persons, serve as a moral compass that is not tone-deaf to the lived realities of those most impacted and harmed. Concerned Catholics who strive to realise the prophetic promise of an abundant life for all, are transforming the church, bottom-up, into becoming an arbiter of compassion and just love for girls and women.

[1] Harriet Sherwood, ‘Biden Threatened with Communion Ban over Position on Abortion’, The Guardian, 19 June 2021 at: https://www.theguardian.com/world/2021/jun/19/biden-threatened-with-communion-ban-over-position-on-abortion.

[4] Saige which is the Safe Abortion Advocacy Initiative – A Global South Engagement finds that unsafe abortion ‘is one of the leading causes of maternal mortality’ and worldwide, an estimated ‘68,000 women die of unsafe abortion each year’. See its website at: https://saige.arrowadvocacy.org/.

[6] United Nations Population Fund, ‘International Conference on Population and Development’, UNFPA at: https://www.unfpa.org/icpd. The ICPD’s Programme of Action leads the way in today’s evidence-led global recognition that ‘fulfilling the rights of women and girls is central to development’.

[11] This is my own term, as is the vehemence. The justification lies in what the article is about – clerics in a position of power who weigh in on SRHR that impact women who are made more vulnerable, as a consequence.

[12] Girls not brides, About child marriage’, Girls Not Brides, 2020, at: https://www.girlsnotbrides.org/about-child-marriage/

[13] Pope Francis, ‘Laudato Si’: On Care for Our Common Home’, Vatican Press, 24 May 2015, paragraph 50 at: http://www.vatican.va/content/francesco/en/encyclicals/documents/papa-francesco_20150524_enciclica-laudato-si.html. The Pope says, ‘Instead of resolving the problems of the poor and thinking of how the world can be different, some [proponents of gender ideology] can only propose a reduction in the birth rate’. See also Pope Francis, ‘Amoris Laetitia: On Love in the Family’, Vatican Press, 8 April 2016, paragraph 42 at: https://www.vatican.va/content/dam/francesco/pdf/apost_exhortations/documents/papa-francesco_esortazione-ap_20160319_amoris-laetitia_en.pdf. The Pope says, ‘for the sake of this dignity of conscience [when spouses limit the number of their children], the Church strongly rejects the forced State intervention in favour of contraception, sterilization and even abortion’.

[15] Vox, ‘Pro-Choice or Pro-Life? 39% Of Americans Don’t Pick a Side’, Vox at: https://www.youtube.com/watch?v=ssSIUVPjDns. Regardless of one’s ideological stance, Americans interviewed agreed that they want a ‘woman’s abortion experience to be…informed by medically accurate information, nonjudgmental, without pressure, without additional burdens, affordable’. 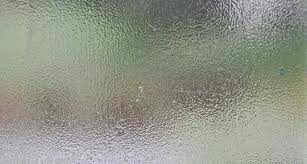 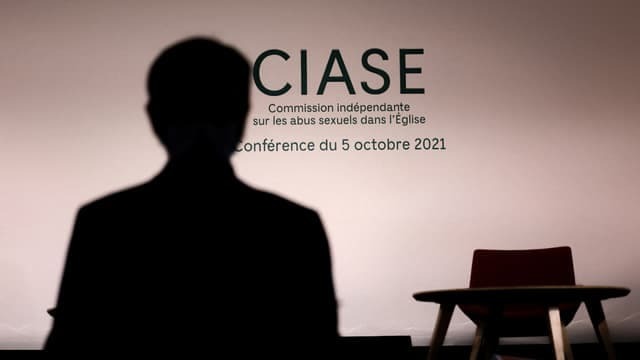 Massimo Faggioli – « What the CIASE report says to theology » 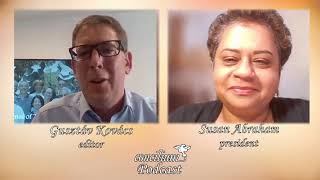